Crystals are all around you.You eat crystals, drink crystals, wash our clothes with crystals and play with them. Most ot the crystals that are around you are so small that you never even notice them.

by Ryan Lynch
We have been trying to make salt crystals this week.
First we heated up water and we let it cool down for a few minutes. Next we put  100 ml of the warm water into a jar with four level teaspoons of salt. After that we got a pencil with a string dangling into the salt water.
Every day we got a new jar and made a new solution. We moved our string and pencil to the new jar. A few days later we noticed that the water soaked into the string and the salt crystals formed at the top of the pencil. 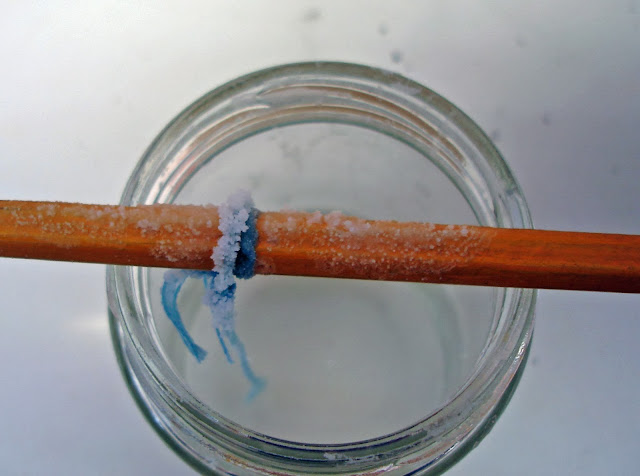 Sea salt comes from the sea and it is a tiny bit healthier than ordinary salt. Some  salt comes from a salt mine. Sea salt can make metal rusty so if you lived by the sea your gate would be all rusty. Salt can be bad for your heart if you have to much of it. I don't have sea salt but my nanny does.

by Joyce Awo
In our class we were growing sugar crystals. First we got a cups to use to measure the sugar, we got sugar, we used boiling water, a saucepan, a graduated cylinder and jar where we would put our saturated solution in.Next we put in two cups of sugar into the saucepan and we heated it up. Then we boiled some water and measured it to 100ml and then we poured it in slowly and stirred it to it had dissolved. We had to add in one and a half more cups of sugar in to the saucepan and keep stirring it. After that we kept on stirring it on the cooker but we could not leave it on the cooker too long because we would end up with burnt toffee. Next after that we put in a drop of blue food dye and stirred it in. 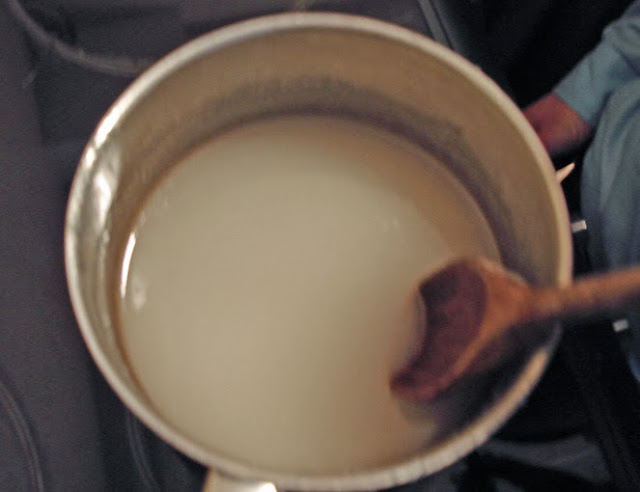 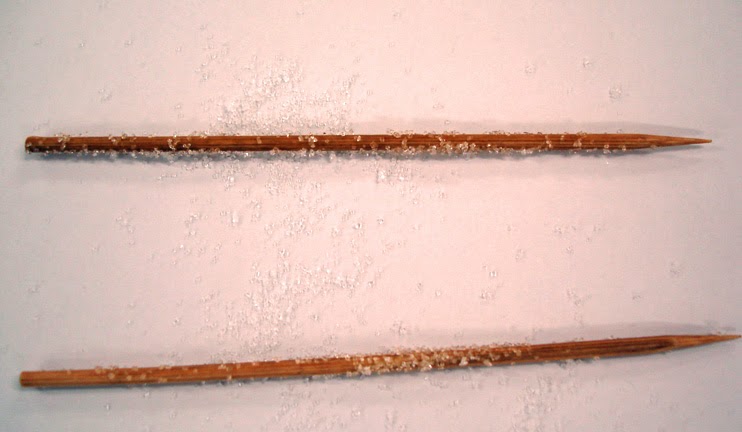 Finally we poured it into the jar and we got a thin bamboo and we got a clothes peg. We clip the clothes peg onto the top of the bamboo stick and we left it dangling in the jar. We put some hot water into the saucepan and put the jar in it so that the crystals would form slowly and so that we could have a better chance of growing it this time. 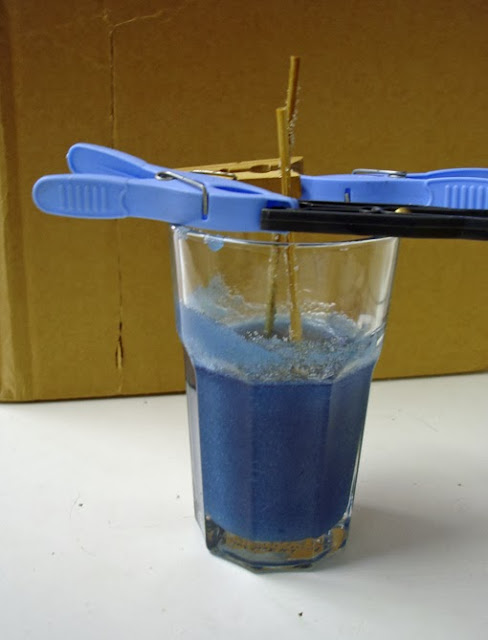 The next day when we went to see what had happen it was just like a big lollypop made out of sugar and water. We are hoping to have a better chance for the next day that we make another sugar crystal.
We had to make sugar crystals several times before we managed to get a saturated solution. 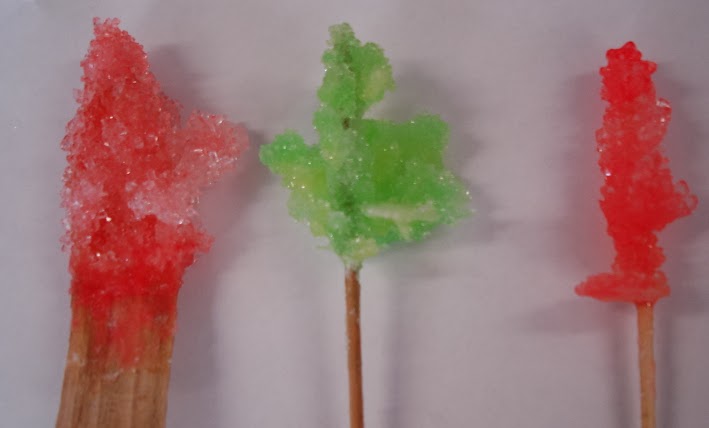 
by Craig O'Brien
1.First we got a half cup of piping hot water and put it into a pot.
2.Next we added a half cup of Epsom salt.
3.After that we stirred it to help it dissolve and we did it.
4.Later our teacher put blue dye into the pot. It is meant to be very light blue.
5.Then we poured the water into egg shells so they can grow in them.
6.Next we put egg shells into a refrigerator and waited for a while.
7. After one day we could see tiny prism like crystals forming in the bottom of the shells.
8. We hope that they will be bigger tomorrow.
WARNING DO NOT EAT THE EPSOM SALT 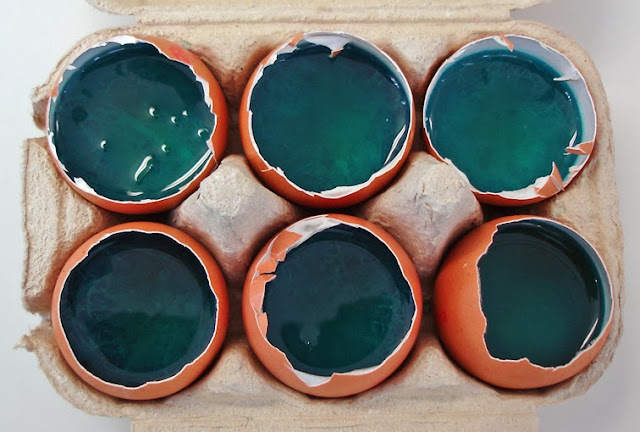 Can you see the tiny prism shaped crystals that were left when all the liquid had evaporated?

Crystals made from Copper Sulphate

by Joyce Awo
Today we made Epsom salt crystals. First we got a saucepan, a measuring cup and some empty egg shells. Next we boiled the water that we were using in the experiment. After that we poured half a cup of Epsom salts into the saucepan. We mixed it till it had all dissolved and until we couldn't see any more Epsom salt. After that we put in a drop of the blue food dye and then we stirred them all in. Finally we poured the saturated solution into the egg shells. Our teacher put it into the fridge so that it could cool down quickly and so we could see what happen to it. We are hoping to get what we want to happen to it and what had happen.

Making Crystals from Bicarbonate of Soda


Sodium bicarbonate is Bread soda. We boiled water and put it in a jug and straight away it burst into bubbles lettingout the Co2. We did the same thing in another jar and got the same result. We got some black wool because it will absorb the mixture.We attached paper clips to both ends of the wool to weigh them down in the jars.We are hoping that the mixture will drip down and make a stalagmite. I am hoping that it will form a  weird shape and leave it in our class.