eTwinning is a community for schools in Europe. It enables schools to work together on educational projects. In autumn 2013 Fifth class pupils started an eTwinning project called Thick as Thieves with pupils from Limnos Island Greece, Tanus in France and Helsinki in Finland. As part of the project we got our own personal logins.We each got an e-pal where we send e-mails to each other on the eTwinning site and were able to send messages to pupils in the other countries.We did projects together and shared them with each other through a blog. We cooked Greek,French and Spanish foods in recipe books that our pals from abroad sent us in the mail. I enjoyed making the Greek and French food most it was delicious.We also wrote things and shared them on our blog.
My e-pal was Emily from France and we are still in contact today. We are going to become pen pals and write letters to each other. 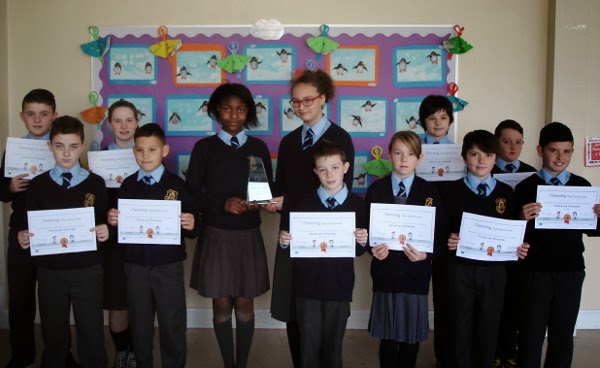 Email ThisBlogThis!Share to TwitterShare to FacebookShare to Pinterest
Labels: eTwinning