The Celts in Ireland settled down throughout the countryside. Forts were the most common type of homestead.

Strong kings lived in hillforts. They chose a site on the top of the hill which gave them a good view of the countryside round them. They dug a deep ditch around the hill and used the earth to form a bank on the inside of the ditch.
The most famous hill fort in Ireland is at TARA 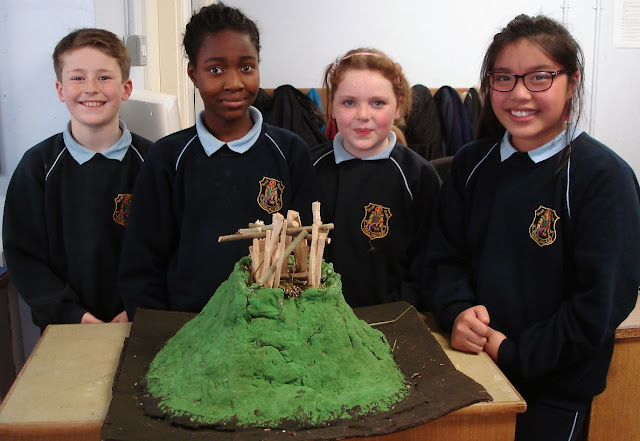 
The most usual type of forts were the ringforts. There are still remains of the ringforts in the Irish Countryside.They measure 12 to 65 meters in diameter.They were surrounded by a sitch abd ab earthen bank. They built a house inside the ringfort. They made a roof of thatch made from straw or rushes. A hole was left in the riif to allow the ssmoke to escape. The interior was one large room.The floor was covered with dry rushes.
some ringforts had underground passages called souterraines which were used for storage or as an escape route in times of danger. LInk to Ringfort In rural Ireland people were reluctant to go on to ringforts so that they wouldn't disturb the fairies. They feared that the fairies would bring misfortune to their lives. Today many ringforts have disappeared and the fairies were powerless to save them. 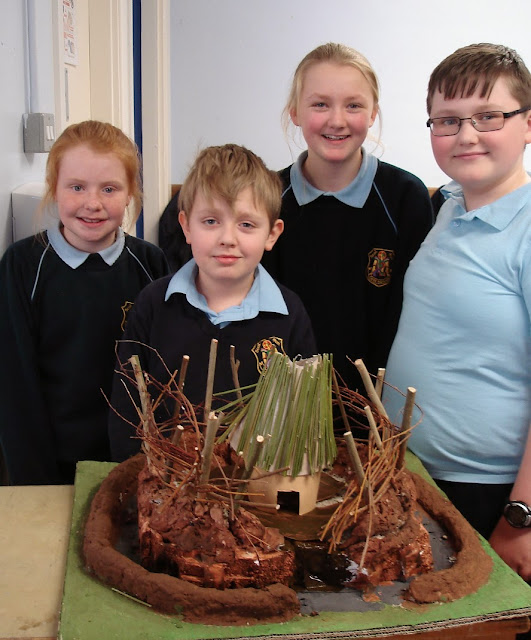 The word crannog comes from the Irish word for tree and uas usualy a partly man-made island. The island was constructedd using piles of stones, branches, logs and tree trunks They built a stockade round the edge. Inside huts were constructed. They used a wooden dug-out or a small skin-covered going to and from the mainland. 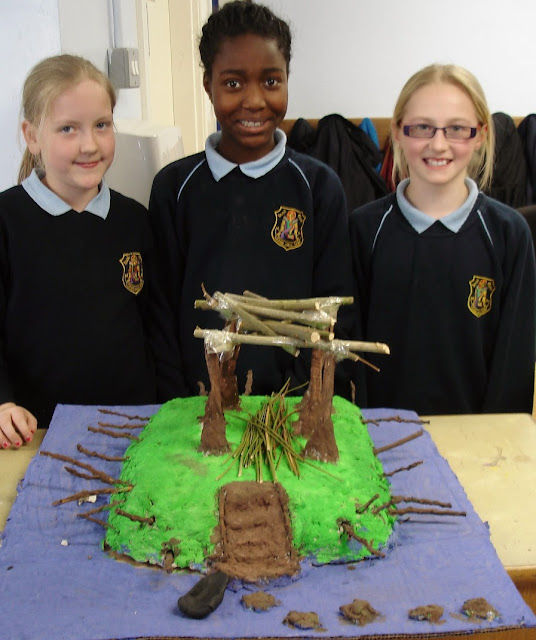 Link to a reconstructed crannóg

In the west of Ireland in places where there was little soil stone forts were built. These are great circular walls of stone, sometimes up to 5 meters thick. There was just one narrow entrance to the fort. Inside, fitted into the walls they built steps for the warriors to keep guard or defend the fort when attacked. 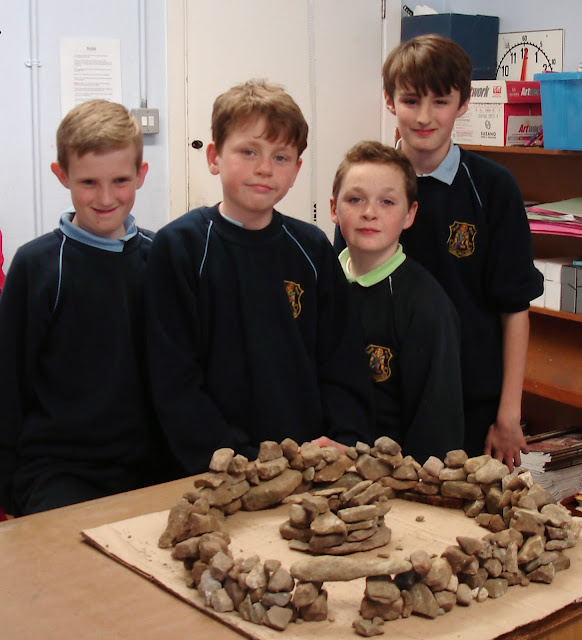 Dún Aengus is a fine example of a stonefort
Posted by aimsigh at 9.3.15