On Tuesday Johnny Cooper a player from the All-Ireland winning  football team brought the Sam Maguire trophy to Scoil Eoin. It was really cool. All of the school was decorated with flags, bunting, pictures of the team and much more. 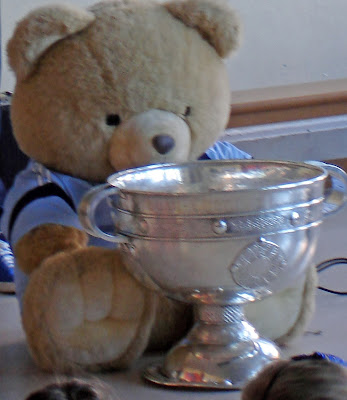 A few minutes before Johnny Cooper came to the school we assembled in the school hall. As soon as he walked in everybody started cheer for him.

After we stopped cheering he introduced himself and then said “You had to work really hard in school to be what you want.” He also told use to pay attention in school and be the best at what you are good at. He said that Dublin had to work very hard and that they were very lucky to win.

The Scoil Eoin GAA team got their picture taken with their trophy that they won last term. After that each class got a picture with him and the Sam Maguire. One of our teachers Mr. Breathnach got us all autographs of the players on the back of a picture pf Stephen Cluxton holding the Sam Maguire over his head. The we all went back to our class but we were still talking about it. 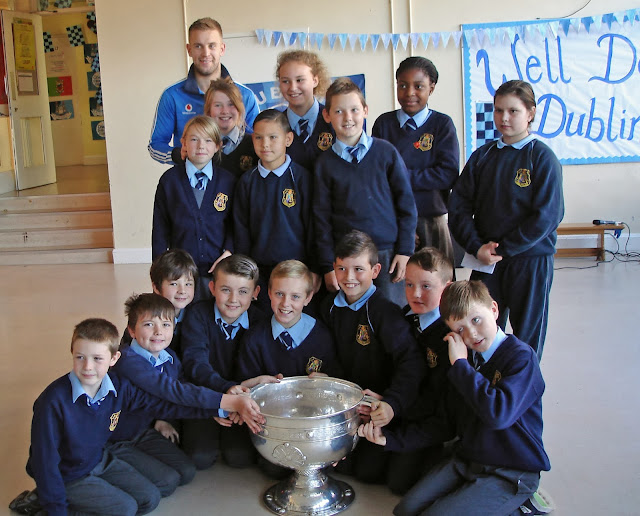