In September we measured the rainfall in Scoil Eoin.Everyday we put a glass container with a funnel on top outside to collect the rainfall overnight.In the morning we brought it in and measure the rainfall using a graduated cylinder.Then we put the information on a chart in the classroom and also saved the information on  the computer.
We had a class rota and two people were in charge each week.
The highest rainfall was on the 24th September when we got was 637mm. I had to run out several times to change the container. 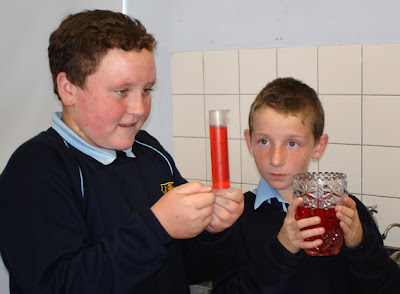